LAKEWOOD – The  Ward 4 City Council race was the most expensive political contest per vote cast in the history of Lakewood. 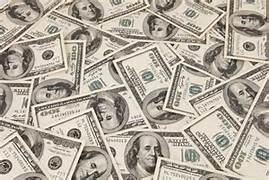 Boyd accepted over $23,000 in contributions, more money than all candidates outside Ward 4 combined. Boyd, a former state senator, accepted money from Political Action Committees as well as Issue Committees.

Wiechman, who won a second term, listed contributions and expenditures in excess of $17,000. Most of his campaign fund, more than $12,000, came from loans Weichman made to his own campaign.

The only other Lakewood candidate ever to extend a loan of more than  $5,000 to their own campaign was Bob Murphy during his first run for Mayor in 2009. Murphy eventually reimbursed the $5,200 loan with donations from his 2011 reelection campaign.

In the 2013 contested races, candidates tended to spend most of their money on advertising such as yard signs, door hangers, flyers and mailers. The lone exception was Boyd whose campaign gave her daughter, Kirsten Boyd, $7,500 as a  “campaign manager stipend” and $230 for a cell phone. Boyd’s campaign also reports a credit card pay-off of nearly $2,500 for unspecified “fundraising expenses.”

In Ward 1, incumbent Ramey Johnson collected more than $5,000. Although she eventually ran unopposed,  Johnson did have an opponent for a period of time after Julie Byerlein filed a candidate affidavit in August. But Byerlein dropped out of the race.

Byerlein, a City of Lakewood vendor and member of 40 West Arts board of directors, was paid nearly $35,000 from the city’s non-departmental department expenses fund for “consulting fees” during the five-month period December 2012 through April 2013, according to on-line city records.

The Ward 3 City Council race was the second most expensive contest. With a term-limited incumbent vacating the seat, new Councilwoman Shakti raised and spent nearly $9,000 compared with candidate Dan Smith’s $1,100.

The Ward 5 race, also to fill a vacancy left by term limits, was the least expensive contested race and the eventual winner, Karen Harrison, collected $6,000 compared with the $1,000 raised by her opponent, Michael “Gunner” Gunstanson.

The only candidate to run unopposed during the entire election cycle was Scott Koop in ward 2. Councilor Koop reported $5 in contributions and $5 in expenditures.

Complete contribution and expenditure reports are available from the city clerk and on-line at www.lakewood.org.