No need to worry too much there are still Homes in Lakewood Available for purchase! You just need to get all of your ducks in a row and of course have an amazing realtor! (wink wink) :) Call to me to get started today!

Is it just me or does this picture of lakewood feel old? :) 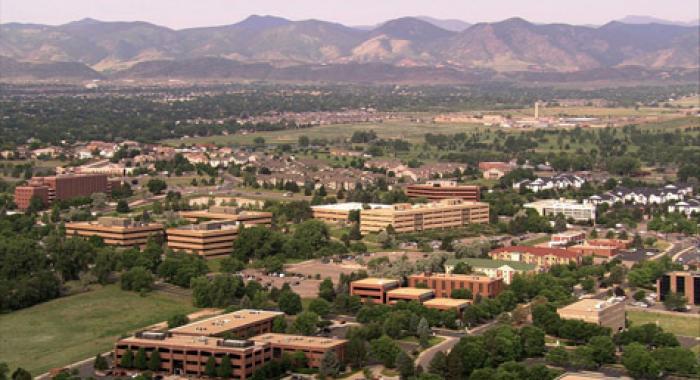 The mismatch between the number of people moving to the metro area and the inventory of homes and apartments available to buy and rent has long fed a plot line that is only too familiar to new arrivals to the state — your hunt for a home will be harder than you thought.

But even as thousands of newcomers each year try to stake a claim on metro Denver’s drum-tight housing supply — the Denver Metro Association of Realtors reported Friday that the number of homes and condos available for sale at the end of October hit a record low for the month — concerns about the potential for runaway development are never far below the surface.

In Lakewood, Colorado’s fifth-largest city, a drawn-out effort to limit new home permits to no more than 1 percent of existing units a year attracted more than 7,600 signatures this year, with the city concluding that enough people backed the anti-growth measure to move it along to the ballot for a vote.

But since the city’s blessing in July, the Lakewood Strategic Growth Initiative has been mired in legal challenges, first at the city level and now in a Jefferson County district court. The delays kept the measure from appearing on Tuesday’s ballot, though the initiative could make an appearance in a special election in the coming months.

Cathy Kentner, who is heading up the Lakewood Strategic Growth Initiative, said the measure is a citizen effort to ensure that growth is managed properly in the city, with large projects in particular getting scrutiny. One of the initiative’s main elements is a requirement that the Lakewood City Council vote to approve or reject projects of 40 or more housing units.

“The initiative is a growth management system that adds oversight where none currently exists,” Kentner said. “The initiative was born out of community concerns over the last few years that our new zoning ordinance and comprehensive plan are not being implemented as intended.”

The campaign in Lakewood is not unique in Colorado, echoing annual caps on housing permits passed by voters in Golden and Lafayette a generation ago. But Lakewood’s sheer size — its population of 155,000 is nearly four times the population of those two other cities combined — gives the measure that much more heft.

It also comes at a time when the dearth of affordable housing has become a hot topic in the metro area. The attempt to limit new housing stock in Lakewood has Steven Saules, senior manager with the Development Planning & Financing Group, crying foul.

“What you’re communicating is that you’re a city not supportive of affordable housing,” said Saules, whose firm consults for developers. “What you’re effectively doing is making it harder for the units that would appear at the lower end of the price spectrum to come on the market.”

Mayor Adam Paul, a vocal opponent of the growth control measure, sympathizes with residents who worry how bigger and taller apartment complexes will affect traffic and quality of life in Lakewood. But he said hard numerical caps on housing permits are not the way to address the issue.

“This has unintended consequences,” Paul said. “You’re putting in another level of approval that can be politicized.”

The mayor said a condo developer, whom he wouldn’t name, has already decided to bypass the city because of the uncertainties the initiative, if successful, could inject into Lakewood’s home permitting process.

Kentner disputes the notion that affordable housing would be pinched by permit limits. Like in much of the rest of the metro area, she said higher-priced apartments are driving the market.

“Continuing to build almost exclusively luxury apartments does nothing to alleviate the spiraling price of single-family homes,” Kentner said.

Furthermore, the initiative contains exemptions to the cap for senior housing and for home construction in areas of the city that are in need of redevelopment, she said.

“The issue of lack of affordability already exists throughout the metro area, including cities with no growth cap,” she said.

The legal challenge to the initiative has come from Steve Dorman, a Lakewood resident who also serves as vice chair of the Jefferson County Republicans. Dorman has stressed that he is challenging the initiative as a private individual, not a party official, and he said no GOP money is being used to fund his effort.

But that doesn’t mean that industry groups aren’t giving big money to the opposition campaign, dubbed Lakewood United for Responsible Growth. More than $135,000 in contributions have been made by organizations such as the Colorado Apartment Association and the National Association of Realtors, which by itself gave the campaign $60,000 in the most recent reporting period.

The Denver Metro Chamber of Commerce is listed as having given Lakewood United for Responsible Growth $10,000 last month. Its president and CEO, Kelly Brough, said the chamber is hearing from members worried about the short supply of homes in the metro area that employees can afford to buy.Backers of the Lakewood Strategic Growth Initiative, by contrast, have amassed $1,695 in small donations from Lakewood residents since the summer, according to campaign finance data filed with the city last month.

“They are concerned about the price of homes that have skyrocketed,” she said. “When I say affordable, I’m talking about affordable workforce housing.”

Lakewood Councilman Charley Able, who said he hasn’t taken an official position on the proposed growth caps, thinks the legal protests should be set aside so residents can have their say on the measure.

He noted that the permit caps are still in effect in Golden and Lafayette, 22 years after they were first put into place. Voters in Lafayette are being asked Tuesday to again reauthorize the city’s 200-a-year home permit limit for another six years.

“None of those cities have repealed it — apparently they like it,” Able said. “Whether you are for it or against it, you should be able to vote.”